OCD (obsessive compulsive disorder) is estimated to affect about three-quarters of a million people in the UK. It occurs when irrational anxiety crosses a line and creates serious barriers to ‘normal’ living.

Most of us know what it’s like to double-check our passports before leaving for a trip or be niggled by doubts as to whether we remembered to turn the gas off.  However, when sensible caution escalates into monstrous self-doubts that dominate our thinking, eradicating confidence and self-belief, OCD might have sneaked up on us unawares.

If, for example, it takes hours before we get into bed at night because we’re endlessly checking and rechecking that we have locked up properly, OCD may have become embedded in our mind.

The obsessive part of OCD relates to fear that something bad is going to happen. The compulsive aspect refers to the actions or ‘rituals’ we are compelled to carry out to stop the fear.

OCD is characterised by intrusive thoughts, even commands, that arise unbidden into the mind, activating OCD behaviour. In the middle of prepping the dinner, we might hear a voice suddenly saying we are being dirty and our family will get ill. We know rationally that this is not a real possibility, but, nevertheless, we are condemned to scrub, scour, wash and rinse to get rid of possible contamination.

Ancient superstitions that gave us sayings such as ‘touch wood’ or ‘fingers crossed’ are grotesquely distorted and reconfigured when we have OCD into exhausting and ever more elaborate rituals. OCD is a way of channelling our deep-seated fears, in the desperate hope that they will keep us and everyone we love safe from harm.

There is no single cause of OCD. Genetic, social, psychological and environmental factors influence the onset. It is more prevalent in sensitive people who worry about harm coming to others as well as themselves and can be triggered by a period of mental stress, such as a big shock, a bereavement, a family crisis, a nasty accident, being badly bullied or exam pressures.

Some people claim an over-critical, rigid, cold or inconsistent upbringing contributes, but those from loving and secure families can also suffer from it. Children may have it, but it is more common in adults, sometimes starting in early adulthood. Low serotonin in the brain chemistry, for which anti-depressants may be prescribed, could play a part. 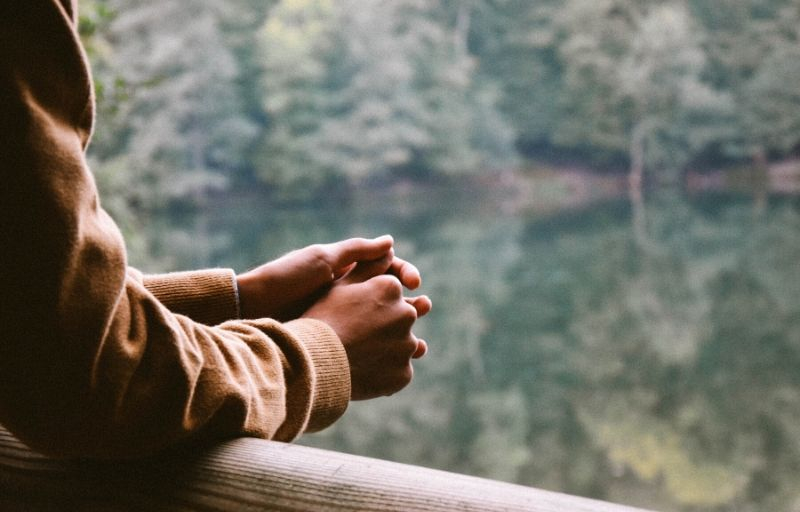 The effects of OCD

When we have OCD, our world gets smaller. Uneasiness and apprehension replaces optimism and a sense of adventure. Tormented by qualms of ‘what if’, we crave reassurance and avoid people, places, events and activities where we can’t be ‘in control.’  Home is no longer a sanctuary either, as agitating OCD thoughts wreck our peace of mind and make simple tasks fraught with difficulties.

We wouldn’t expect to recover overnight from an accident that took away the use of our legs. Rehabilitation with regular physiotherapy would be required. OCD is like an injury to the brain, which also needs a supportive programme while the injury heals and normal functioning is restored.

Everyone is different and no two people have OCD in exactly the same way. The best approach to letting go of OCD is personalised, as it can manifest in surprising ways. It is a stubborn condition, but no-one is born with it and many people who have suffered from OCD have gone on to achieve considerable success in their lives, including JK Rowling, creator of Harry Potter or footballer David Beckham.

It is possible to gradually switch off from OCD thoughts, responding to them as if they were no worse than an unwanted caller knocking at the door. As any householder knows, the best discouragement to unwelcome door knockers is not to go to the door;

eventually these callers go away and are less inclined to come back in the future.

Hypnotherapy, like other psychological therapies, analyses the contributory factors causing OCD and uses practical strategies to address and reduce symptoms. Understanding OCD and working on easing symptoms, while important, often won’t be enough to re-establish self-belief. Hypnotherapy   goes further than other therapies as its main focus is primarily the unconscious mind, where OCD begins. Anything which has ever happened to us leaves its mark on the mind.

Hypnotherapists help clients explore the unconscious pathways which generate OCD emotions and maintain the blocks to overcoming them. The immense resources of the unconscious, including memory, imagination, emotions and habits are accessed to identify the obstacles to rational behaviour. When primal emotions, which once seemed too awful to even contemplate, are faced without fear and dealt with, they no longer have a hold over us. OCD isn’t necessary and can be let go.

Hypnotherapy makes us feel in control of ourselves again in a good way, which re-builds the self-respect, self-esteem and self-worth that OCD robbed us of. We get our freedom back to once again live life to the full.

I am a highly qualified graduate, counsellor, Advanced Cognitive Hypnotherapist and published author. I am a member of the UK Guild of Hypnotist Examiners and bound by their code of ethics and standards of professional training. I am also an associate member of the Royal Society of Medicine.

Copyright © 2017 by Marian Barry, Hypnotherapy Success. All rights reserved. Unauthorized use and/or duplication of this website material without express and written permission from this site’s author Marian Barry is strictly prohibited. Excerpts and links may be used, provided that full and clear credit is given to Marian Barry at hypnotherapysuccess.wordpress.com and www.hypnotherapy-success.com with appropriate and specific direction to the original content.

For full information about all my hypnotherapy services, please take a look at my website:
Hypnotherapy Success